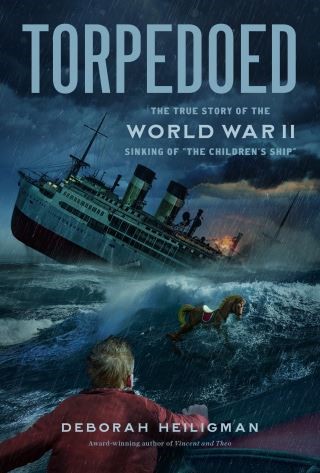 From award-winning author Deborah Heiligman comes Torpedoed, a true account of the attack and sinking of the passenger ship SS City of Benares, which was evacuating children from England during WWII.

Amid the constant rain of German bombs and the escalating violence of World War II, British parents by the thousands chose to send their children out of the country: the wealthy, independently; the poor, through a government relocation program called CORB. In September 1940, passenger liner SS City of Benares set sail for Canada with one hundred children on board.

When the war ships escorting the Benares departed, a German submarine torpedoed what became known as the Children's Ship. Out of tragedy, ordinary people became heroes. This is their story.

This title has Common Core connections.